The religion of past life theory 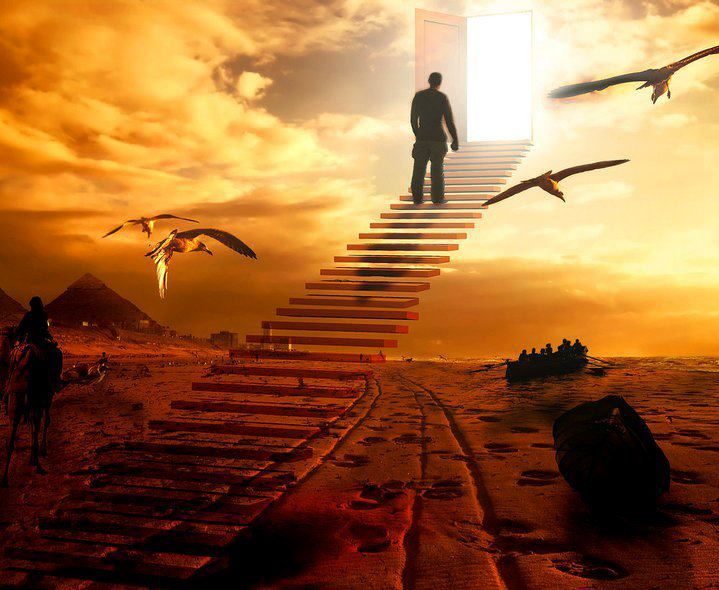 So we’re on a spiritual path and we’ve at least recognised that the only things I can possibly know for sure are those which I have experienced directly for myself.

And then we have a memory from another life (I’m not going to call it a past life because even in the ‘religion of past life community’ it has begun to be considered that they could be future or parallel lives), and that ‘alternate life’ becomes a part of our direct experience, so past life/alternate life theory must therefore be true. Right?

Wrong. Because assumptions have been made – experience has been coloured by what we have heard from outside of ourselves about the existence and nature of these experiences. And the principal assumption, which is not even close to being the most likely reality based on the facts of our experience, is that it is ‘my’ past life.

The reason why we make that assumption, when all the facts suggest it is probably not in fact ‘our’ past life at all, is probably the same reason we make most all false assumptions and develop false beliefs – it gives ‘my’ life more meaning; it enhances ‘me’; it makes ‘me’ have more value/importance; but most of all it gives me something else to add in to the bucket of who and what I think I am so as to help me hide from facing the terrifying possibility that if I let go of all the bullshit that I ‘think’ I am, there might be nothing left. Or it might just be that we are very suggestible and take on what other people believe very easily, but the reason is not really important.

What is important is WHY is the fact that ‘I’ have past lives contrary to the evidence of direct experience?

Because every so-called past life experience that has ever been reported is nothing more or less than a collection of visions, memories and/or emotions with no direct evidence of it actually being personal to them (it might be, or it might not be, there simply isn’t an objective way to say), coupled with the fact that multiple people often report having a ‘past life’ experience of the same life when they are all incarnate here on earth at the same time, coupled with the fact that the vast majority, or at least a vastly disproportionate amount, of reports of past life experiences are of the lives of famous or important people.

Occam’s Razor – all things being equal, the most obvious explanation is usually the right one.

So is it in fact most likely that souls are somehow split, fractured, diluted, stuck back together again or otherwise mixed with each other between lifetimes in order to allow for multiple people to all have lived the same past life whilst incarnate at the same time, and that most people who lived in the days of yore were figures of nobility or great import…

Or is it more likely that the memories and emotions of every life are simply stored in some kind of collective field (which is scientifically and experientially known to exist, whatever you choose to call it), that we each therefore have access to all of them, and that we have ignored the obvious (and will probably continue to deny it even when shown it) because our individual egos thrive of the perceived significance of having had the past life of an important person and/or generally like the story because it placates their fear of death?

Is it POSSIBLE that our so-called past life memories and experiences are actually ‘ours’? Of course… it’s just highly improbable.

I’ll leave you to decide, but from here on in I will simply call them ‘other lives.’ I have my own theories as to why and how we resonate with, and therefore experience, specific other lives, but that is what they are – theories – and I for one shan’t be forgetting that! The purpose of this article was not to posit more theory but rather, as we must do with all falsity during these present times of transition if we are to evolve to a higher level of expression, consign that which is nothing more than belief to the speculative fiction section of the mental bookstore!

Free your heart and world will mellow!

p.s. when one imagines just how much one would hold themselves back from their own evolution if they took on a false belief that resulted in them taking ‘personal responsibility’ for pain and suffering they believe they caused in another life but which was not actually theirs to own, it is not a stretch to imagine how blind belief in past life theory may well be one of the biggest single food sources for false-light beings preying on our good nature. That’s not to say that our individual resonance with specific ‘other lives’ doesn’t often serve to advance our path… it does. Food for thought nonetheless

The Sovereign’s Way is a private membership club that shares knowledge of law and the Way to be free in the world;

We offer the simple knowledge of how to:

Why a private membership club?

Not everyone wants mankind to be free; in fact there are men and women with vested interests who would rather see you give away your rights altogether;

A private membership club affords the safest container for us to share that knowledge, for you to receive it, and for those of mankind who act on behalf of vested interests to be held to account as a man or woman at law for any trespasses upon our private property and or rights;

and much more to come…